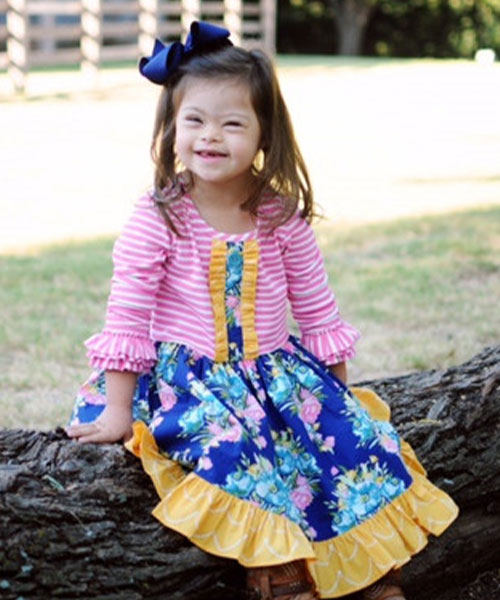 Present Condition: Good. April or May will be hospitalized for 60 days for more chemotherapy.

Daily Medications: Synthroid, Gleevac(chemo), NG tube, Zofran, special diet. She has a port for her medications along with NG tube.

Day in the Life: Lizzy loves anything Disney, Blues Clues, playing kitchen, games on her ipad.

On August 18th 2016, our little Lizzy Grace expressed that her leg was hurting and we started to see a visible limp in her walk.  We scheduled an appointment with our pediatrician and after two visits decided to admit her into the ER at Children’s Medical in Plano, TX on August 20, 2016.   At Children’s, blood test and x-rays were performed.  The x-rays came back inconclusive.  However, the blood test revealed abnormalities that when combined with her leg pain caused concerns for something much more serious.  After a more detailed examination of the blood test, it was recommended that we immediately transfer Lizzy Grace to Children’s Medical in downtown Dallas by ambulance.  We knew this was serious. When we arrived to Children’s Medical in downtown Dallas on August 20, 2016 at 4pm, we were greeted by 6 doctors and interns in our room. They broke the news to us that our little 4-year-old girl was very sick and had been diagnosed with Leukemia.  Our hearts sank as we were hit with this “rogue wave”.  They were unaware of the type of Leukemia and they would not be able to report this to us until Monday, August 22, 2016.

On Monday, it was confirmed that she has pre B, Acute Lymphocytic (Lymphoblastic) Leukemia (ALL).  Acute lymphocytic leukemia (ALL) is a fast-growing cancer of lymphocyte-forming cells called lymphoblasts.  After two independent test, it was confirmed that she also had the Philadelphia Chromosome. The Philadelphia Chromosome is a specific genetic abnormality in chromosome 22 of the leukemia cancer cell.  Because of the Philadelphia Chromosome, she must take Gleevec daily throughout the next few years. Gleevec, also known as Imatinib, is a chemotherapy medications used to treat this type of cancer.   With her Down Syndrome, this is a rare case of leukemia with very limited cases that have been reported.

On August 23rd, Lizzy had surgery to implant a port into her chest that will be utilized to administer the chemotherapy.  While under sedation, they performed a bone marrow biopsy and spinal tap that included a dose of her first chemotherapy.  Since her diagnosis, she has completed the Induction phase of therapy which lasted 30 days. We are currently working through the many phases of consolidation.   My wife Angela and I have been taking turns at the hospital driving from McKinney, TX either to the downtown location or the Plano location.  Sometime in April or May this year she will be downtown for approximately 45-60 days.

Through it all, Lizzy has been able to keep her sweet smile and battle through the really tough days while taking chemotherapy.  She loves the time she is able to spend at home playing with her brother and sister. 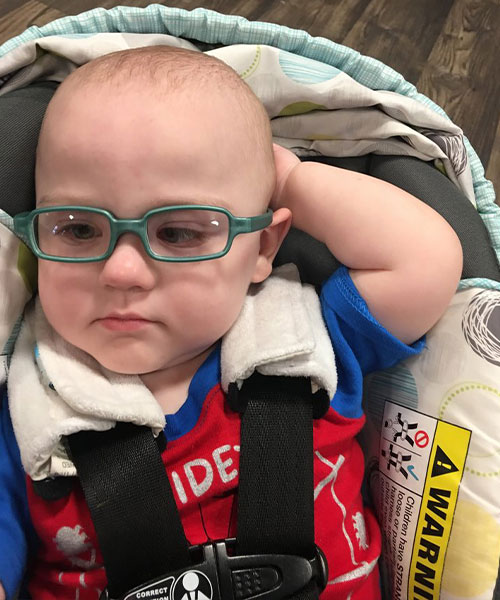 Nathaniel was born 16 weeks premature on December 30, 2016 and weighed 1 pound 9 ounces. On the night he was born he was transported by ambulance from Medical City of McKinney to Medical City of Plano. Over the course of the next couple of days we learned he had suffered a grade 3 brain bleed due his blood vessels being too small at the time of his birth. We were told that along with a grade 3 brain bleed that Nathaniel would likely have something wrong with him, but it could be anything from a minor learning disability to a life long impairment and only time would tell.

Five days after he was born we were awakened at 3:30 in the morning to phone call letting us know that his intestines had perforated and a surgeon was on his way in to perform an emergency surgery. They asked us not to come in but wait for his phone call. When the surgeon called he explained Nathaniel was too small and fragile for the surgery he needed. Nathaniel needed to weigh around 4 pounds, so instead of a single surgery he would have to undergo three surgeries on his intestines.

Weeks turned into months as Nathaniel got bigger and stronger in the NICU. We watched for signs or clues to try and determine if the brain bleed was going to have long term lasting effects. Everything appeared to be normal except that we would seldom finish a bottle, so in May of 2017 he had a feeding tube surgically implanted so that we could bring him home. On May 30, 2017 after 153 days in the NICU Nathaniel was finally able to come home.

As the months continued at home we noticed that Nathaniel wasn’t reaching milestones we would expect, but we continued to hope he was simply delayed due to how premature he was. In October we noticed that he didn’t appear to have control over his eye movement so we took him to see an eye specialist. She let us know that his eyes weren’t the problem and that the issue was with his brain and referred us to a neurologist. After seeing the neurologist we finally had our answer…Nathaniel’s brain bleed when he was born had damaged his cerebellum. As a result he has Ataxic Cerebral Palsy which will always impair his coordination, balance, and eye movement.

Although cerebral palsy is an unchanging condition Nathaniel is still too young to know for certain how severe his condition is and how his life will be affected. At 22 months old he can’t walk or talk and he is legally blind even with glasses.

Nathaniel has four therapy sessions a week and we can now see him trying to complete tasks even when his body won’t let him. He’s learning he has limitations and he gets frustrated when he can’t do what his brain is telling him to do, but he is a true fighter. He tries until his body is too tired to keep going. 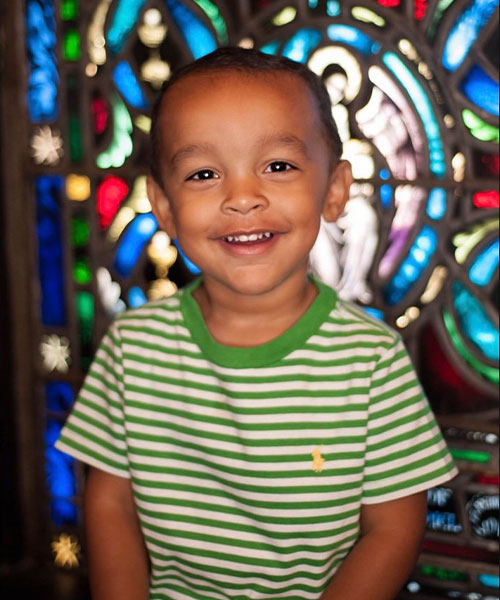 In January of 2017 Phoenix had his first seizure in his sleep. It is every parents worst nightmare to have to see your baby having a seizure. I held him crying as he was shaking, eyes fluttering, blue faced, gasping for air but his brain wouldn’t send the signal to breath with saliva foaming out of his mouth. This lasted 4 minutes and was the worst 4 minutes I’ve ever had to experience. I didn’t know what to do. I literally couldn’t physically help my baby to bring him out of it. I immediately called 911 while holding him in my arms screaming to God for help. I’ve never been in a position of so much weakness and no control when it comes to my child. The ambulance arrived and they were able to stop the convulsions but Phoenix wouldn’t wake up. He stayed in a postictal state for almost 20 minutes. Once the ER Physician finished seeing him, he diagnosed it as a febrile seizure and said it was from the temperature of his body raising so quickly. Yet Phoenix only had a 99 degree fever. February 2017 it happened again, except this time he wasn’t sleeping. He was so happy, go lucky, laughing and playing and all of a sudden, out of no where he started having seizure. I called the ambulance. I was more prepared this go round, watching the clock trying to time the seizure and lay him on his side. But this time the seizures weren’t stopping. When he would finally stop convulsing, he would have another one. After getting to the hospital, the ER Physician, once again, called it a febrile seizure. Although he had no fever at all. They sent us home and not even 12 hours later Phoenix was having seizures again. Back to the hospital we went. This time a different ER Physician was there and agreed him having seizures without fever wasn’t normal. And gasping for air during a seizure wasn’t a normal seizure as well. We were finally referred to a Neurologist. Within months, Phoenix was having multiple but different kinds of seizures. Some were obvious resembling the first few he had and some he would just fall over and lay there with his eyes open, unresponsive. His Neurologist did multiple studies and has so far diagnosed him with Tonic-Clonic seizures and has put him on Depakote to ease the seizures. Although it helps and has lowered the numbers of seizures, Phoenix still has experienced some with the medication. His Neurologist then referred us to a Sleep Specialist due to him not breathing during some seizures. After a sleep study Phoenix was diagnosed with Severe Sleep Apnea and stops breathing from a minute to several minutes with more than 15 of these events an hour. Due to this, his body is not staying in a deep sleep causing him to also have Severe Bruxism (teeth grinding) and Parasomnia. During his Parasomnia events he will scream out, have sudden movements, night terrors, and his brain starts dreaming before it even reaches the “dream” stage (REM sleep). He also has seizures from his body being so exhausted from the lack of sleep. Phoenix had tubes put in his ears to hopefully prevent sickness which triggers his seizures as well. He has recently had surgery to remove his tonsils and adenoids to open his air passageway to help him breath. Since Phoenix is so young it is hard to decipher the cause of his seizures. His Neurologist strives to figure the cause and to continue to do tests until we figure out all possible triggers that start a seizure. Amongst it all, Phoenix is the most loving, funny, smart and kind 2 year old boy by far. Every day I look at him and can’t believe through all the struggle, tiredness and weakness he is able to fight through and enjoy his life as if he could conquer the world…. or if he’s the one telling it, “Like Superman, Mama” 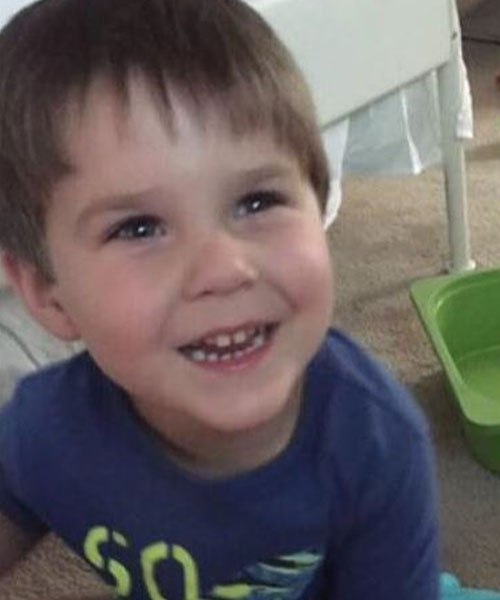 In 2015 we were just a “normal” family of 5 moving into our brand new home in Decatur TX from Fort Worth TX. Everything was great until February of 2016. I had a strange feeling something was off about Ryan so I took him to the doctor and requested blood work. Although they thought I was out of my mind and told me they’d call me in 7 days, I had a gut feeling. Unfortunately, the doctor called me the next morning and said Cook hospital was waiting for us to arrive. Once I arrived at cook they escorted me, mom and Ryan into a room where it seemed like an eternity before a doctor came in. I knew immediately this was not an ER doctor so I asked who he was and he said, “I’m an oncologist and Ryan has Leukemia”.
I can’t even describe the emotion I felt at that moment but before I could “feel” anything they took us straight up to the pediatric oncology floor and treatment started right away. Ryan has endured three years of chemotherapy, spinal taps, bone marrow biopsies, and countless medications. He has been in remission since 6/16/16 and his end of treatment date is in five months! We ended up moving back to Fort Worth soon after Ryan was diagnosed to be closer to the hospital and have been surrounded by a great community that we are so grateful for. We know that Ryan is healed by the ultimate physician, Jesus Christ.

Thank you to everyone who has supported us along the way and continues to #RootForRyan!!!!